What causes conflict between plant floor and IT in manufacturing? 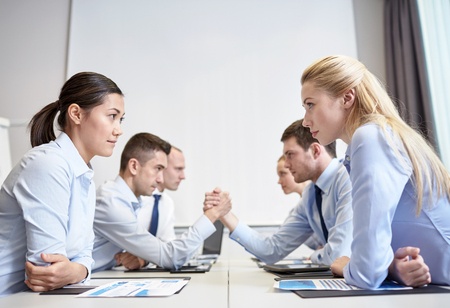 In roughly the past decade, manufacturers have been experiencing an ever increasing conflict between plant floor engineers and their IT teams. I, at one time, was part of the plant floor team and regrettably got caught up in this turf war. After moving on to a software company, I gained some perspective on this struggle.

I think the root of this conflict revolves around the migration of IT technology to plant floor devices. PLCs and HMIs are rightfully moving to Ethernet for peer communications and more PCs are being used as part of the controls architecture. Additionally, Ethernet networks are being put on the plant floor for “production critical” operations. Lastly, the proliferation of web-based technology is beginning to take the place of client type interfaces. I believe at some point all interfaces in the plant will be web-based including HMIs. Web technology has evolved, where real time information can be displayed and acted on with devices like iPads and Android devices. eFlex, for example, is assisting with installing 140 google chrome boxes and displays on a van assembly line. Web pages will be displayed in each station showing real time task statuses.

From this, there is a growing gray area between responsibilities of manufacturing engineers and plant IT. The reality is that both disciplines are needed to be successful. I’ve seen some manufacturers begin to build groups which coordinate between the two. I question whether this will be successful as they basically become arbiters between the groups. I believe what is needed is a merger between the groups. On the front this sounds outrageous, but hear me out. Fundamentally, the disciplines are alike. Programming a PLC and programming something in C# are still programming and well designed/secure networks are required for both the office and plant floor. As previously mentioned, interfaces on the plant floor are migrating to HTML, and networks whether they are plant floor or office, work on the same fundamental protocols and switching.

To be successful this cannot become a takeover, but must involve leaders who have already worked in both areas. Team members need to be trained and work in both disciplines. Lastly, I think the merger of these groups will inspire innovation and lure more talent to the plant floor and ultimately manufacturing.